It's been a while since I did an outfit post, sorry about that.
Buuuut, I'm back to it with full speed now, because I got some new items in the mail from Sheinside, which inspired me to dress up again!

They took about 15 days to arrive at my dorm and I got them in excellent condition, thanks to Sheinside's nice packaging.
I will be telling about each item's packaging invidually as they were packaged differently according to their material.
Let's start with the first two, because I got them to combine them together in an outfit.

I chose these two because their material seemed really similar, and I felt like they would be perfect together- I was right!
Also, since they were made of PU leather, Sheinside had packed them carefully by placing thin paper on outside of the clothes and then folding them. That way the leather parts didn't stick to each other, I think it was really clever.
About the vest, it has shirring on it's back, but it was a little bit baggy on my so I had to alter it a little. The vest is worn like a jacket by unzipping it from the front. It also has pads inside the bust part, so they can support you just like a bra.
The skirt has a zipper on it's back also, but it also stretches. Other than that, it has thin short pants inside it, so you may be more confident when wearing such a short skirt.
Together, they combined really well and formed a nice set for a black-influenced outfit!
//But I think it's too cold to wear it like this outside now. 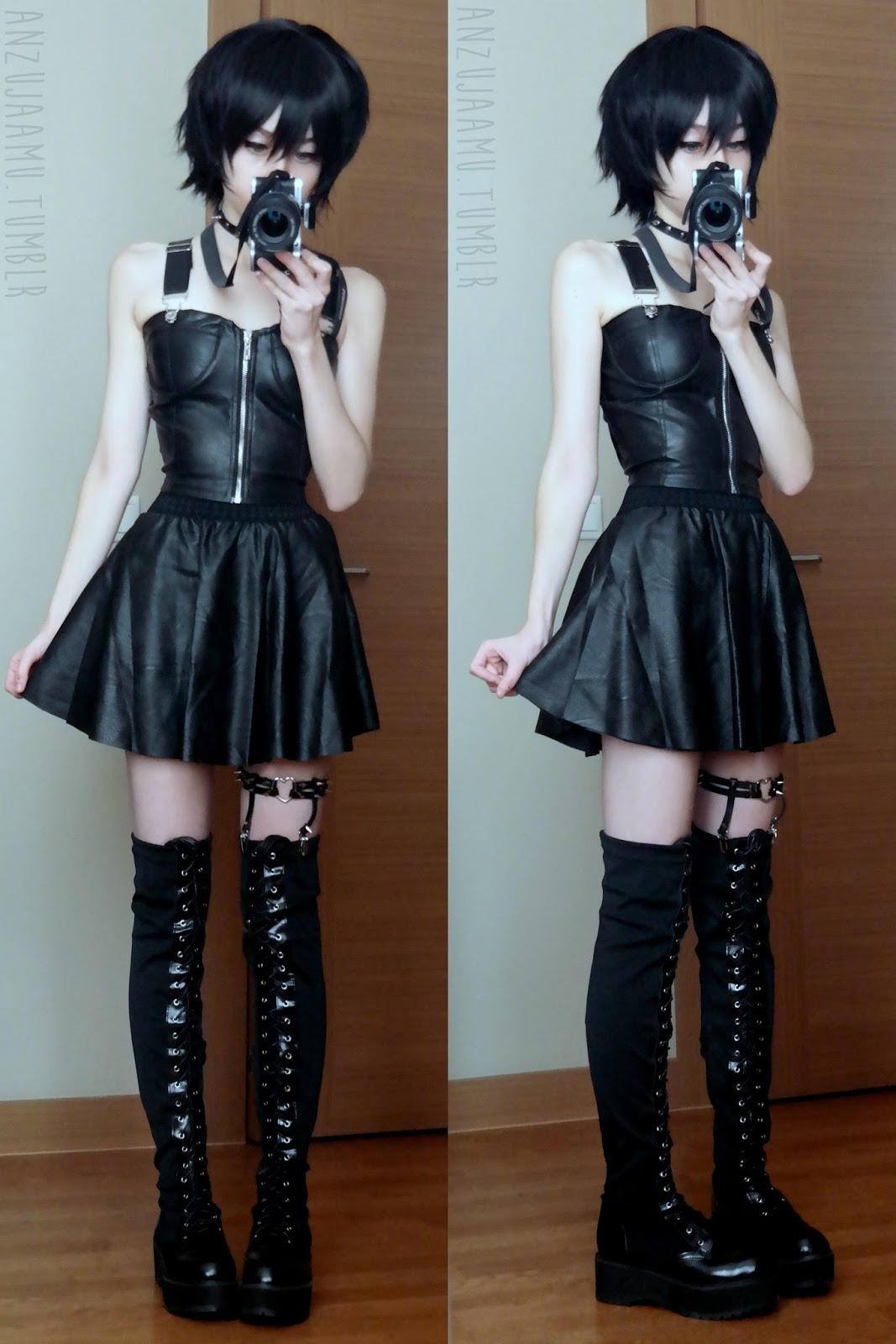 The last item is a coat, because I can never stop getting new ones. ; u ;
It's really really cold in my city right now, so as I was browsing through Sheinside, I decided to get this colorful coat!

Even if it's soft and puffy, it was packed really well that it didn't cover up much space. I was suprised to see that a coat like this could fit in a parcel that small.
It might not be visible on the stock photo, but the different colors form owl-shaped characters on the coat which I think is very cute. I didn't think it would keep me so warm and I was scared to wear it on a very cold day but eventually I wore it outside the other day and fortunately it kept me warm! ; u ; I'm so so happy, because that should be the only purpose of a coat- other than looking cute, haha.
I would recommend you to order one size bigger if you plan on wearing it on thick clothes or on a jacket, though!

Unfortunately, these were all for this review.
But don't worry, more will be coming soon, so just stay tuned!
Bye bye for now~!